We are asked to believe in something impossible.

We are asked to suspend everything we know and accept that a God of fire and cloud descended on the place where the Israelites were camped.

The movements of these clouds or the fiery appearance would signal that the people were to either break up and move, or make camp, as the case might be.[2]

Ever since the Torah was first canonised, people have exercised a healthy scepticism about what these words might mean. We have rational doubts about whether pillars of fire and cloud could come out of nowhere.

Even in the Targum of Pseudo-Jonathan, one of the earliest translations of the Torah, this text is altered to say that what they say was “like a vision of fire.” Here, as elsewhere, the Targum tries to keep people from taking the words of the Torah overly literally. It is not, the Targum suggests, that a real pillar of fire descended from the sky, but that people had visions of something that looked like fire. This is more digestible.

Commenting on this problem, the medieval Spanish philosopher Maimonides tells us that such ideas “come from dreams and visions.” He argues that “the imaginative faculty achieves so great a perfection of action that it sees the thing as if it were outside.”[3] The Israelites only saw the fire and cloud in their minds, but their vision was so powerful that it was as if they could see it out in the real world.

The idea that this is all a metaphor is powerful. After all, if we want to understand God or Divine Revelation, we must accept that we’re thinking about something way beyond our comprehension. None of us are really enlightened enough to see God or to understand what God wants of us. These descriptions are just tentative imaginations to tell us about something too profound and complicated to be described.

In modern times, historical criticism has gone even further to rationalise what is written in this parashah. The pillars of cloud and fire weren’t visions. They weren’t even metaphors. For some historians, these were probably just burning wood pyres and incense sticks, guiding people through the desert.[4]

I can completely see why people would interpret the Torah this way. It fits better with our experience of the world and keeps us from straying into fundamentalism. We need to keep critical distance so we can remember that this was a book written by men, who were fallible. That is especially important in a community like ours, where we know that the sense of justice we get from our own consciences is far more important than the rules written in an ancient book.

But, in a way, I also find the efforts to rationalise stories like these quite disappointing. By dispelling myths as just visions or metaphors or the hocus-pocus of priestly magicians, we do these texts a disservice. The Torah is not a book of scientific or historical truth. It is a book of spiritual truth. It is trying to tell us something much deeper about the world than science or history ever can. We can’t judge the claims of the Torah, then, on the same terms as we would a physicist’s estimate of how old the universe is. It is talking about truth of a wholly different kind.

For a while, in my teens, I was something of an atheist. I was suspicious of all religious stories, felt the Tanakh to be riddled with contradictions, and faith in God to be a bit ridiculous. At that age, I didn’t realise that the stories weren’t meant to be taken literally, that the contradictions were questions waiting to be explored, or the powerful role that God would come to play in my own life.

Reflecting on the views I once had, I know why I dismissed stories like these so readily. A God of cloud and fire who descends over wandering people in the desert is, of course, impossible. It’s just that now, I have much more room in my heart for impossible things.

Everything about the story is impossible. A God of cloud and fire who wrenches slaves out of Egypt, rains down plagues and parts the seas. Unfathomable.

A nomadic people stranded in the desert approach a mountain and hear out of it thunder and lightning, declare that it is their God, the Eternal One, and that they should have no other gods. Completely unrealistic.

A slave people, who had never known anything but the bitterness of toil and struggle, are told that they will all be priestly people, all have regular complete days of rest, all strive to live in equality and justice with one another. Unbelievable.

An immigrant people with no home, dispersed and lost, hear it promised that every foreigner will be treated with the same decency and equality as everyone else. They hear that nobody would ever hurt people for being different again. Inconceivable.

A people who had known nothing but hatred and turned their anger on each other heard that One True Creator of the Universe loved them wholeheartedly and would cherish them as a treasured people. They heard that it was their task on earth to live up to the highest standards of morality and lead the world as a living example of what an ethical life could be. Absolutely, completely impossible.

And yet. And yet somehow, for thousands of years, we have held on to this idea that we can be beacons of justice, exemplars of love and heralds of a better world. Somehow, despite everything our people has suffered, we still have a sense that a world where people treat each other with dignity is within our reach.

We are asked to believe in something impossible, but all that cloud and fire does not matter half as much as the mission that comes out of it. The mission of the Jews, our sacred task on earth to sculpt it in God’s image, may be impossible, but impossible things are worth believing in. As a people, we are called upon to make the impossible possible. And we will succeed. 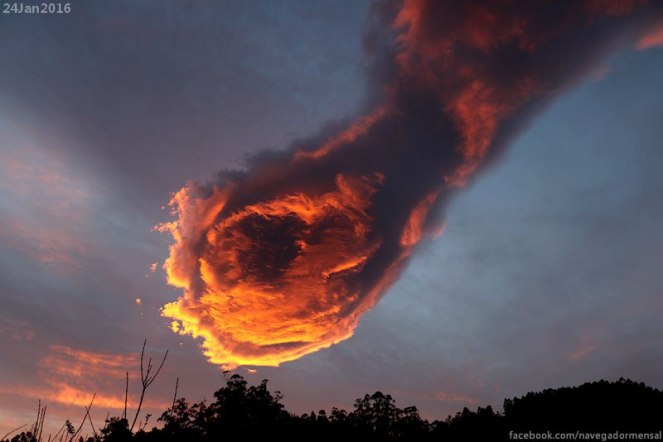 I gave this sermon on Saturday 2nd June 2018 at Manchester Liberal Jewish Community for Parashat Bhaalotcha. Partly, I was trying to work out in my own head the answer to the question of whether a Jew in the 21st Century must believe in G?d; and, if so, what that meant. In the lunchtime discussion, I found many congregants had similar concerns. Many of us felt that we believed in G?d, but struggled to find the language to describe what that meant. I went away feeling that, in a sense, the questions were more important than the answers.