A young Talmud scholar moves from Lithuania to London. Years later he returns home to visit his family.

His mother asks: “Yossele but where is your beard?”

“Oh, mama, in London, nobody wears a beard.”

“But do you at least keep Shabbat?”

“No, mama, in London people work all the time. We have to make money.”

“Oy vey. But do you still keep kosher?”

“Yossele…” she says. “Are you still circumcised?”

Coming home from rabbinical school for Rosh Hashanah, I feel like I have my parents asking the same questions in reverse. “Lev you’re laying tefillin now? You’re keeping shabbat now? You’re training to be a rabbi now?! Lev, are you still patrilineal?”

I can confirm with great pride that I am still not Jewish according to the Orthodox beit din. I still have no desire to leave a religious movement that embraces me for one that doesn’t.

Still, anxieties are understandable. I have to admit that I am more than a little daunted coming home for the High Holy Days this year. It is quite one thing to lead services for strangers in far-flung places like Cornwall and Newcastle. But giving a sermon to the community that raised me, in front of my cheder teachers and old friends, adds a whole new level of pressure. It turns out it’s easier to talk to strangers about God than it is to engage with your family. Perhaps Chabad are onto something after all.

Reading Liberal Jewish Community is now celebrating its 40th year. Everybody who attended the birthday celebrations in July fed back what a great time they had, and members of the community who I met at Liberal Judaism’s biennial told me how inspired they were to keep this community going and make it even stronger.

Rosh Hashanah is a good time to take stock of that. We are at the start of autumn and ten days before Yom Kippur. In the time of our ancestors, this was when the harvest season finished, and the Torah cycle came to its end. The days became darker and insecurity about rainfall set in. Farmers and nomads wondered what the new year would bring, whether they would have enough food to feed their families, and what new challenges they might face. So they set this period as a time for reflection on how their lives had gone and where they would go in the coming year.

Rosh Hashanah is a time when we return to the same place as we have always been and look at it again with fresh eyes. This is, then, a poignant moment for all of us, to reflect on where we as a community have been and where we will go. I think then that the best I can offer in this Rosh Hashanah sermon is not so much Torah learning but reflections on the amazing impact this community has had, both on my life and on the life of Judaism in Britain.

This synagogue really has pioneered a future for Liberal Judaism. For such a small community, it is remarkable how many of the children who were in cheder at the same time as I was have gone on to be engaged Jews. Graham has worked for various Jewish charities; Abs has led Limmud; Katherine attends services when she can fit them into her busy schedule as a doctor. (The list goes on, so if anybody has some naches they want to share, do feel free.) This is not, by any means, a coincidence. This synagogue created such an amazing intergenerational community for us. At cheder, we learnt not just the facts about Judaism but how to really engage with it, have opinions on it, and integrate it into our lives.

All that fostered strong relationships between people of all ages. My brother loved being able to go round to Susanna’s house and speak German with her. Across the board, people fostered really meaningful bonds. Today, the buzzword in Jewish circles is “relational Judaism” – the idea that Judaism is not a transaction where congregants purchase a service off a rabbi, but that Judaism is something we build through our relationships with each other. I think we can say with some pride, we were doing that long before it was cool.

Perhaps what made Reading’s community so special was Meir’s farm. When I tell people that this existed, often people barely believe me. One day, we will need to write down the history of this community, or in fifty years the idea that there was a religious community in Berkshire living out a kibbutznik’s dream on a crop farm in Berkshire will be just a strange myth. The experiences of Meir’s farm were unbelievably special. Harvesting rhubarb on Shavuot, building a Sukkah out of real twigs and greenery, seeing how the biblical year lined up with an agricultural cycle. One of my strongest childhood memories is of when we buried the old siddurim, Service of the Heart, at Tu B’Shvat, and planted on top of them a Burning Bush.

This all made such an impression on me that, when I moved to London, I wondered where they went to plant trees on Tu B’Shvat. I thought that perhaps the councils gave them permission to do something in the public parks or that they might link up with one of the city farms. I was shocked to realise that this practice of earth-based Judaism was something special and unique to Reading. I felt like Londoners were really missing out on a proper Jewish experience. How can you live Judaism properly in a big city like London? Apparently, some other people agreed with me, because in the last few years a group of young pioneers have set up Sadeh, a Jewish farm in rural Kent. That farm has become a magnet for young Jews across Europe and restored an important sense of community around agrarian Judaism. We at Reading anticipated that and I am sure there is much wisdom that established members can share with those people if they so choose.

What sticks out for me most, however, was how much this community embraced diversity. I have amazing memories of dressing up as Dana International for Purim here, and performing her Eurovision-winning hit ‘Diva’ on the bimah. This world is not an easy place to grow up LGBT, but this community made it so much easier and created a genuinely warm and accepting environment. As an adult, I have seen many of my friends struggle with their sexuality and gender and wonder if they have a place in this world. I am so incredibly grateful that I never had to doubt that I had a God and a religion that loved me exactly as I was.

Reflecting on all this, and on the wonderful Jewish upbringing I had in this community, what I really want to say is thank you. You enriched my life and have done for so many Jews who come through these doors. Keep going, stick with it, because you never know what great things you are achieving with small gestures. This synagogue is not just my home community, it is a home for everyone who needs it.

As Rav Kook, the first Ashkenazi Chief Rabbi of Palestine and a great 20th Century mystic, said: “Through returning home, all things are reunited with God– returning home is, in essence, an effort to return to one’s original status, to the source of life and higher being in their fullness; without limitation and diminution, in their highest spiritual character, as illumined by the simple, radiant divine light.”[1]

I’m pretty sure he was talking about Berkshire. 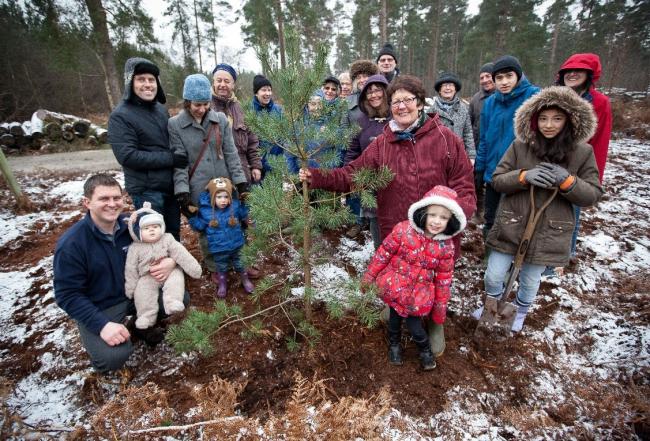 I gave this sermon in the synagogue that raised me, Reading Liberal Jewish Community. It was a very tender and nostalgic experience.