‘These prayers aren’t for me’ a woman said. She was addressing Judith Plaskow, the great feminist Jewish academic. Plaskow and her colleagues were on women’s study retreats in the 1980s. They were trying to wrestle with the Jewish tradition – a tradition they loved and simultaneously felt oppressed them as women. On these retreats, they discussed theology, read poems, studied Torah, engaged in rituals, meditated and wrote new prayers.

‘These prayers aren’t for me. These aren’t the prayers I grew up with,’ a woman told Professor Plaskow. ‘I don’t feel comfortable with them.’

In my own life, this has turned out to be completely true. Siddur Lev Chadash was the prayer book of my childhood. It was first published in 1995. I remember standing together with Reading’s Jewish community, burying the old siddurim in the ground and celebrating the arrival of our new liturgy. Even at this young age, the event felt momentous. It felt simultaneously like everyone was grieving and celebrating. It was the end of an old cycle and the beginning of a new one.

The prayers of Siddur Lev Chadash were my prayers. I feel sucked in by their rhythm, transported by their ideas and comfortably at home when reciting them. But at the time when they were first introduced, they were scandalous. This prayer book, our prayer book, did something no prayer book anywhere else in the world had done before. It made God gender-neutral.

Nowhere in this siddur will you see God called “He”, “Him”, “Lord”, “King” or “Master”. At the time, this move was ridiculed. People saw it as the excesses of feminism. Even some congregations within Liberal Judaism opposed it as a drastic departure from the theology they were used to. They did not feel comfortable. But as Plaskow warned many years before, they were not the generation who would get to feel comfortable. Mine was.

And for me, the idea that God could be anything other than gender-neutral seems preposterous. How can an infinite being, who transcends space and time, be contained by something as small as a gender? I felt that I had the legitimate, authentic Jewish tradition. Words like “the Lord is my Shepherd” , to me, sounded decidedly Christian. On the other hand, “You are my Shepherd and my God,” the new translation of exactly the same psalm, was an unambiguously Jewish prayer.

The editors of that prayer book took a leap of faith. They created prayers that would make their own congregation uncomfortable so that my generation could have ones that would make us feel more comfortable. They gifted us a Judaism rooted in feminist thought, that taught us about God’s transcendent and unknowable nature. They ended old ways so that others could enjoy new ones.

In fact, this has been the way of Liberal Judaism since its inception. When it was first founded as the Jewish Religious Union, some of its members may have known the siddur of Reform Judaism’s West London Synagogue. Most, however, only knew Orthodoxy. They had little referent point beyond the lengthy Hebrew-language services that dominated London at the time.

They innovated in ways we could not dream of. They hacked up the services, re-ordered all the prayers, cut out every part they found offensive or uninspiring and produced a prayer book that reflected their values. From this, Rabbi Israel Mattuck, the movement’s first ever minister, created what would be the siddur for over forty years. It emphasised God’s universality, focusing not only on God’s special relationship with the Jews, but also on God’s relationship with all of humanity. This must have been outrageously audacious at the time. But if they had not had the courage to innovate, our Judaism would not exist.

In the 1960s, the Liberal prayer book, ‘Service of the Heart’ took a step that no other Jewish liturgy in English had taken before. It decided to focus on God’s personal and intimate character. It spoke about God in the vernacular, saying “You” instead of “Thou”. People were outraged that any liturgy had ditched the holy tongue of Elizabethan English. Today, it feels only natural that we should speak to God the way we speak in our daily lives. We may use grander language than we would in the supermarket, but the basic English grammar is the same. Those Liberal Jews took a decision to leave behind a language that felt comfortable so that we would have one that felt right to us.

Today, as we edit the movement’s new siddur, we are faced with the same challenge. We must ask ourselves not what prayers will make us feel most at ease, but how we want the next generation to feel at ease praying. We have to ask tough questions about what values we want to communicate and what learning of Liberal theology we hope to transmit.

Already, the editors, Rabbis Lea Muhlstein and Elli Tikvah Sarah, have begun that process. They have decided that not only should the English reflect our thinking, but that the Hebrew should reflect the English. Hebrew is a necessarily gendered language, so they have taken the bold step of feminising the Hebrew in some sections. They have diversified the names by which we call God. Not only will you see ‘Yud-Heh-Vav-Heh’ and ‘Elohim’, but you will also find ‘El Elyon’ – God on High; and ‘El Shaddai’, a biblical name for God derived from the word for breasts. You will see ‘Shechinah’, a word meaning ‘dwelling-place’, which in the Kabbalistic literature refers to the feminine aspect of God.

I have no doubt that this will be a difficult adjustment for all of us. It takes courage to leave behind something you know and begin something anew. But every year, at Simchat Torah, we do just that. Every year, we leave behind a year of Torah reading and begin again with the story of creation. We know that this year will be entirely different and we will read it in ways we never have done before. But we are able to let go of the old because we know that is what we must do to progress.

So, as this community moves from the familiar territory of Siddur Lev Chadash into the uncharted waters of Siddur Shirah Chadashah, I ask you to be brave. I ask you to imagine how these prayers will feel in thirty years’ time to somebody who has been raised on them. I ask you to allow yourselves to be uncomfortable. Embrace it. Even though these prayers are not for us, take the decision to make them yours. 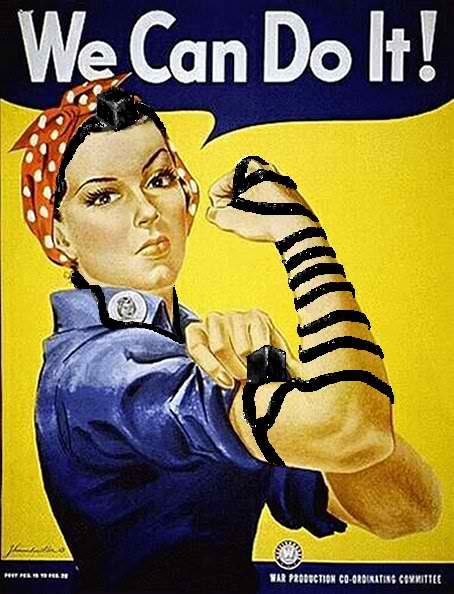 I gave this sermon on Saturday 19th October at Three Counties Liberal Judaism in Ledbury, Herefordshire.