Trying to get by with biblical Hebrew with modern Hebrew speakers is difficult. Among a group in Jerusalem this summer, I tried to coax out a dog, saying “Lech lecha, celev.” The Israelis around me burst out laughing. “What? What did I say?” I asked. “Nothing,” they said. “It doesn’t mean anything.”

I had just repeated the first words of our parashah, when God instructs Abraham to get out of Haran and go to Canaan. Without context, the expression was bizarre. Phrases that were once meaningful in this language can lose their sense. But, for our commentators throughout history, this specific phrase has been perplexing. Without the vowels we might think it is emphatic – a repetition of the same verb, telling Abraham “go, go, get out.” But the Masoretic markings are quite clear. This is not “lech lech” but “lech lecha” – which could be read ‘go to yourself’, or ‘go for yourself’, or ‘go as yourself’… It is a strange construction.

Ramban suggests that it’s just an idiom of biblical Hebrew. He points to other examples in Jeremiah and Deuteronomy where similar constructions are used. But that answer feels disappointing. Why this idiom? And why here? Every idiom has a purpose, even if that purpose isn’t even entirely clear to the native speaker.

It calls to mind the distinction between charity and solidarity. That idea was summarised by Lilla Watson, an Australian indigenous rights activist, in her address to the UN Women’s Conference in Nairobi in 1985: “If you have come here to help me you are wasting your time, but if you have come because your liberation is bound up with mine, then let us work together.” Watson herself has challenged the attribution, saying that it was thinking that had come out of collective work by indigenous women in Queensland over a long period of time.

Indeed, differentiating between charity and solidarity has long been a feature of thought for oppressed peoples. Charity, seeking to help people for their own sake without any regard for your own, is surely a noble feeling. But it leaves the person who gives it feeling better than the one who receives it. For the one who gives it, it leaves them feeling helpful, assuages their conscience, and contributes to a sense that they are doing the right thing. For the recipient, it can leave them feeling powerless, pitied, supported, and not treated as a full human being.

Charity is ultimately, too, not that helpful to the one giving it. It turns human interaction into a form of sacrifice, based on guilt, self-effacement and pity. It forces people to ignore their own lived realities and struggles, and put themselves at a position of distance from others.

While charity can address material needs in a positive way, it reminds everyone of the power relations that caused the need for charity in the first place. It reminds the donor of their power and the receiver of their lack. It can even reinforce those structures, as the impoverished turn to the donors as a source of wealth rather than looking to their own talents. The donor can impose restrictions on how the money is used or on how the receiver might conduct themselves in ways that ultimately secure the authority of the donor.

Solidarity asks us to “lech lecha” – to go for ourselves, to go as ourselves. It asks us to come to problems as full people with our own issues and concerns that we need to address. It asks us to treat everybody as if they, too, are going for themselves: full human beings who have a great deal in common with us and their own unique purposes.

Solidarity requires both parties to feel vulnerable together. It asks that the person motivated to give charity considers their own interests and what stake they have in changing the current circumstances. It also asks both parties to work together: they have a common interest and need to empower each other. Solidarity places people’s self-respect and cooperation at the centre of organising change.

Rambam picks up this theme in his eight levels of ‘tzedaka’. The word ‘tzedaka’ is often translated as ‘charity’, but it shares a common root with the word for ‘justice’. The concepts of charity and solidarity are held together by this same word, so Rambam needed to spell out the differences between different forms of giving. Like the indigenous activists of Australia, Rambam puts solidarity on a much higher level than charity. He considers “empowering others with meaningful employment” to be the highest level of tzedaka. Unlike giving into the hands of the poor, empowerment such as this ensures that everyone’s dignity is preserved, and everyone benefits from the work.

So it is that G-d says to Abraham: “Go for your own sake and all the families of the earth will be blessed through you.” When you go out considering your own self-respect first and foremost, it follows that everyone else can act from theirs. Abraham does not go out to save the world. He goes out to save himself. But by being prepared to take risks for his own soul, he sets an example and sets the wheels in motion that everybody can seek out G-d’s blessing.

That is how the nations became blessed through Abraham. As we approach the challenges of our day, we should seek to ask the same questions as he was forced to. What do I really need? What does G-d require of me? How can I see others as full human beings and respond to their needs? How can I go for myself, so as to be a blessing for others?

Go for yourself, and all the nations of the world will be blessed through you. 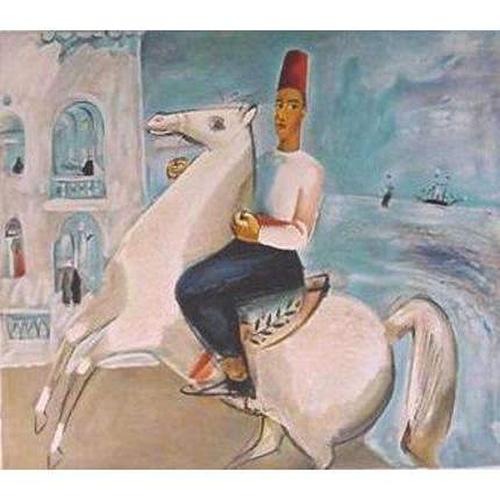 I gave this sermon on the morning of Thursday 18th October at Leo Baeck College for Parashat Lech Lecha.